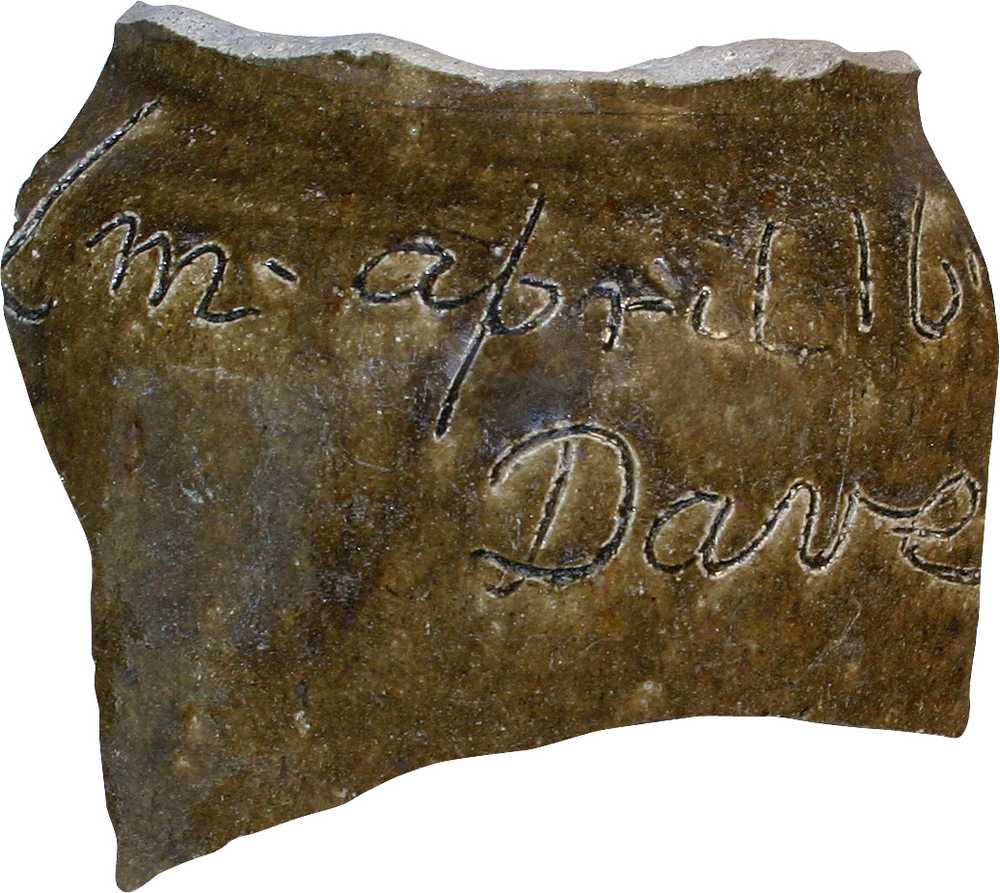 Once I threw a fit in the largest art museum in the United States. I was wandering through its collection of nineteenth-century American ceramics and came across a large stoneware jug that was simply labeled as having been made by “Dave” sometime in the 1830s. Nothing more. I’m sure this label sounds bizarre to readers; I know a lot of Daves and you probably do too. But in the context of an art museum display of Southern stoneware, it can only refer to one person: Dave the Potter. And missing an opportunity to educate museum-goers about the wonder that is Dave the Potter is a terrible art-historical crime.

After half a minute of indignant babbling, I explained Dave to the two friends I was with. The short version is that he was an enslaved South Carolina potter who made lovely, elephantine storage jugs. They’re special less for their quality and size, though, than for the signed and dated couplets he wrote in the wet clay. For example:

At this point, one of my friends—a scholar of African-American history—mildly freaked out too, and pointed out that it was illegal for enslaved people to read and write in South Carolina at the time. Indeed, there is a long period in the 1840s during which tensions between whites and enslaved people in the state were even higher than usual, and Dave appears to have written next to nothing during this time.

As an enslaved man in the deep South, how would Dave have learned to read at all? Apparently some enslavers broke the law and taught the men and women they owned to read, so that they could study the Bible. Harvey Drake, who owned Dave from birth until about the age of forty, may have taught him to read and write. Touching, until you remember that Drake still owned people. Nonetheless, Dave occasionally went by the name of David Drake after the end of the Civil War, a common choice by formerly enslaved people. He is also sometimes referred to as “Dave the Slave,” though I would be wary of following along with that trend. It’s hard to imagine that Dave himself would have approved.

Interestingly, examples of the kinds of primers people would have used at the time frequently feature little couplets that are not unlike the ones Dave wrote. This is important in that an enslaved person would have had few chances for exposure to poetry, ever. The one below reads:

Delightful task, to rear the tender thought,
And teach the young idea how to shoot 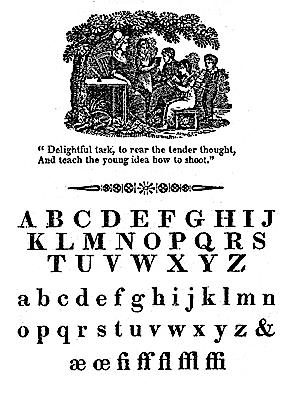 They’re full of slant rhyme, metaphor, and questions, as are Dave’s poems such as this one:

Give me silver; either gold
Though they are dangerous; to our soul
27 July 1840

Though utilitarian, the vessels he made are elegantly curved and painted with earth-colored glaze. They are also enormous, as large as forty gallons—a feat few potters could ever match, indicating that he must have been extremely strong. Dave continued making large vessels even after he was run over by a train and lost one of his legs around the age of 35. Whoa. After this dreadful accident, he began working with another man (presumably enslaved as well) who had limited use of his upper body but was able to run the pottery wheel’s foot treadle. 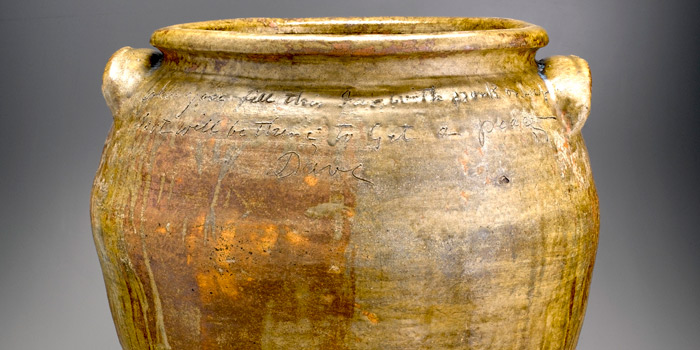 Dozens of Dave’s pots have been found that carry poetic embellishments; others exhibit only a signature and date. The words are prominent, near the lip of each jug or pot, and written in a surprisingly large script. The lettering’s location and size indicates that the writer didn’t intend his writing to stay a secret, and that white acquaintances accepted his education. Occasionally, he even references a vessel’s future owner:

(on reverse)
This jar is to Mr. Seglir
Who keeps the bar in orangeburg
For Mr Edwards a gentle man
Who formerly kept Mr Thos bacons horses
21 April 1858

Even more remarkable is the fact that he mentions his own enslaved condition on a few of the pots, as in the verse about “Mr. Miles” and in a later, more emotionally explicit poem.

In 1846—during his period of silence—Dave suffered the breakup of families and friends when he and seventeen others were sold away from each other after the death of their owner, Reverend John Landrum. When he finally began to write again in 1857, the event seems to have been one of the first things on his mind. But what would he have written had he truly been able to say whatever he wished? If he wrote anything after gaining his freedom, it has yet to be found. 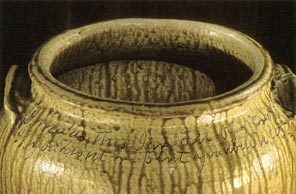 For more on Dave the Potter, see Leonard Todd’s Carolina Clay: The Life and Legend of the Slave Potter, Dave (2008).

P.S. I apologize to my readers (and to those whose collections are represented here) for the lack of captions. While the denizens of the Internet appear to be enthusiastic about Dave’s works, they do not seem to have been particularly careful about captioning them.